Many muscle cars throughout the ’60s, ’70s, and ’80s were factory equipped with coil-spring rear ends with trailing arms (rear control arms). While the stamped steel trailing arms were effective at the time, many owners have updated these for aftermarket, tubular variants. Why is this? Do people really see a noticeable improvement by converting to a tubular trailing arm?

In short, yes. But why is that? Does a trailing arm being manufactured from a piece of round or boxed tubing have some magical powers? Is there even a need to go with aftermarket trailing arms? 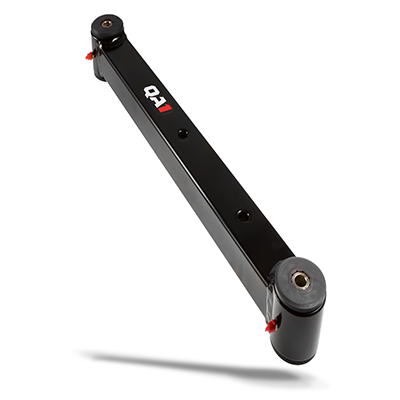 The Importance of Bushings

First off, your factory trailing arms often have worn-out rubber bushings. These bushings have been used and abused for years and have thousands of miles on them. At this point, they are most likely not performing like they used to. This could allow your rear end to shift forward and backward or even side to side while driving. In addition, worn-out bushings often create a source for suspension bind. Binding doesn’t allow your suspension to move freely, thus having a negative impact on your overall ride and performance.

You not only get new bushings with QA1 tubular trailing arms, but you also get upgraded to a polyurethane bushing. The polyurethane keeps its shape better than rubber but still offers cushioning if you hit a pothole – it’s between a rubber bushing and a rod end. By being stiffer than rubber, it also keeps the alignment of the suspension steady to keep the rear end where it should be and offer better cornering.

Many years ago, racers would grab their stick welder to weld reinforcement gussets to the trailing arms in an effort to box them. Today, there is no need to do any of this. QA1 has completely solved this problem by designing and manufacturing strong versions in tubular boxed or round tube form.

An often-overlooked benefit to tubular trailing arms is the option for adjustable models. Adjusting the length of your upper trailing arms becomes necessary when changing the ride height. Today, most people are lowering their vehicles to take advantage of a lower center of gravity and get the perfect stance. In doing that, your driveline angles will change, and your pinion angle will need to be adjusted. With factory trailing arms, you’re left with few options, but with QA1 adjustable trailing arms you’re able to adjust the pinion angle by simply changing the length of the upper trailing arm. This saves wear and tear on your U-joints while helping maximize your traction off the line. 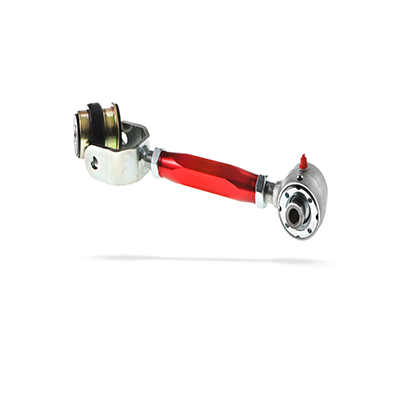 Rarely will you find a classic muscle car with a rear factory sway bar. By upgrading to QA1 trailing arms, often you will find provisions for the rear sway bar. This makes adding a rear sway bar a bolt-in deal instead of trying to weld supports and drilling holes. 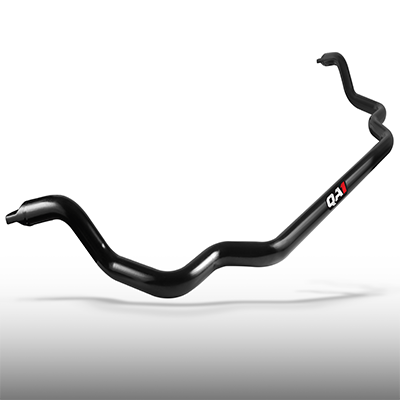 Lastly and maybe our favorite reason to upgrade to QA1 aftermarket trailing arms: they look amazing! These tubular trailing arms are sleek, are powder-coated, and just look great under your car. They are easy to wipe down and clean and to let people know you’ve got quality performance QA1 under your ride.