QA1 MOD™ Shocks and More Honored with 5 Awards at SEMA 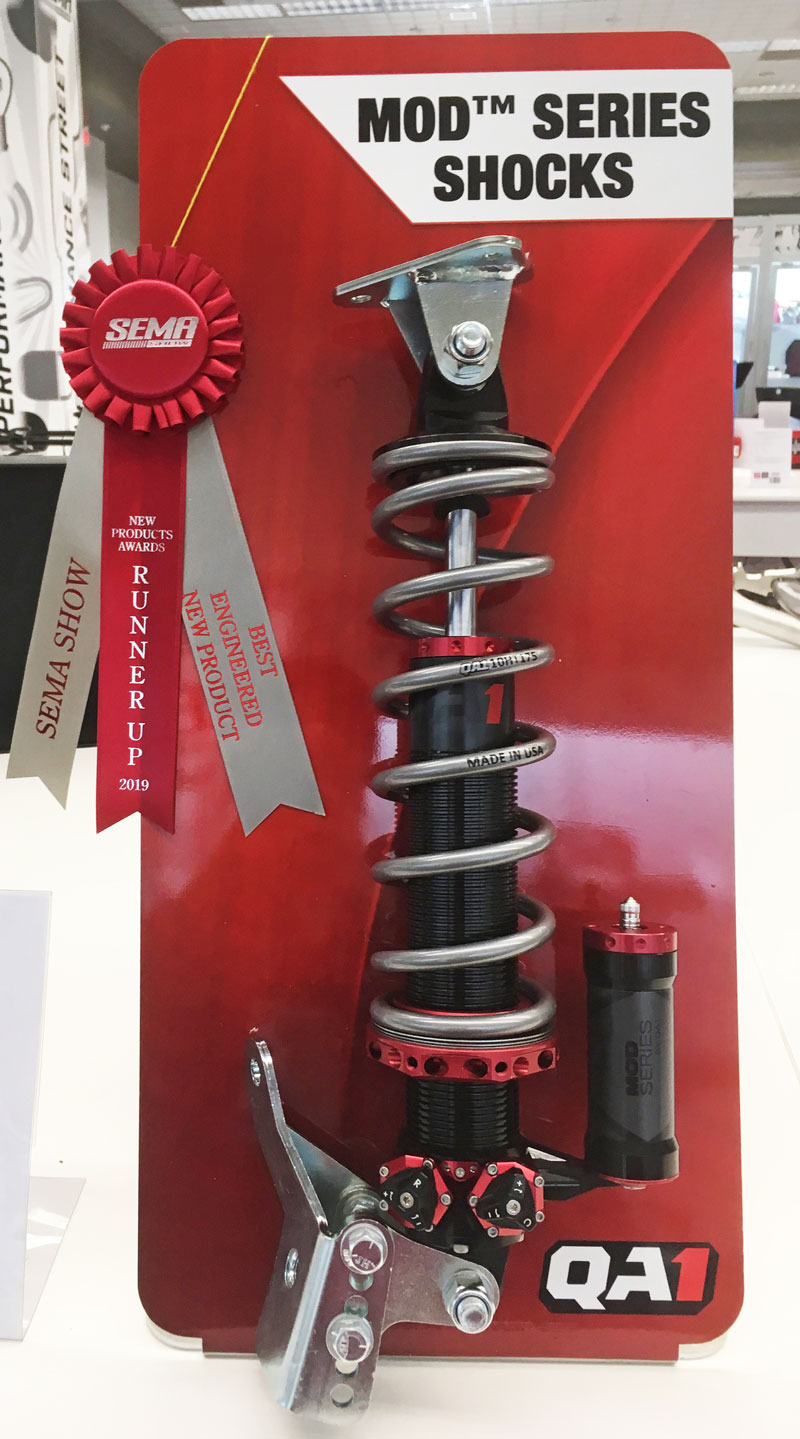 QA1 is honored to have received multiple awards, including five awards for new products, during the 2018 SEMA Show in Las Vegas.

Each year, around 3,000 of the most innovative and cutting-edge products are entered into SEMA’s New Product Showcase. This year, QA1 was recognized with three awards by SEMA judges, along with two more awards from a panel of international judges.

Winners are selected on a variety of factors, including innovation, quality, technical achievement, and consumer appeal.

“It’s such a privilege to win not one but five of these exclusive awards, and in particular, to take two of three possible awards in the Performance-Racing category,” says Melissa Scoles, QA1 President/CEO. “We have an incredibly strong team engaged in our new product development, and this is just validation of their ingenuity. It’s such an honor to have our hard work acknowledged and appreciated with these awards.”

The newly released MOD™ Series shock is the first on-the-car revalveable shock and has received much attention for its innovative design and simplicity of use. “The feedback from both racers and the industry has been overwhelmingly positive,” says Chuck Olson, QA1 Director of Engineering. “We put a lot of work into designing something that is totally new to the industry, and to receive awards in the Best Engineered New Product and Performance–Racing categories is truly an honor.”

Another first for this market, carbon fiber sway bars will be available in 2019 for multiple applications, first up being popular GM applications. Up to 7 lbs. lighter than a traditional sway bar, this is the lightest sway bar on the market. These are designed, engineered, and wound in QA1’s Minnesota factory utilizing much of the expertise from QA1’s innovative history in carbon fiber driveshaft development.

In addition to the SEMA New Products awards, QA1 received two Global Media Awards, one for the new F-100 front and rear suspension systems and one for GM carbon fiber driveshafts. Chosen by top automotive journalists from the international community, these awards recognize products for their mass appeal to audiences around the world.

QA1 also revealed expansions of existing lines of suspension components at SEMA that will be available in 2019. For more information on QA1’s new products, visit: